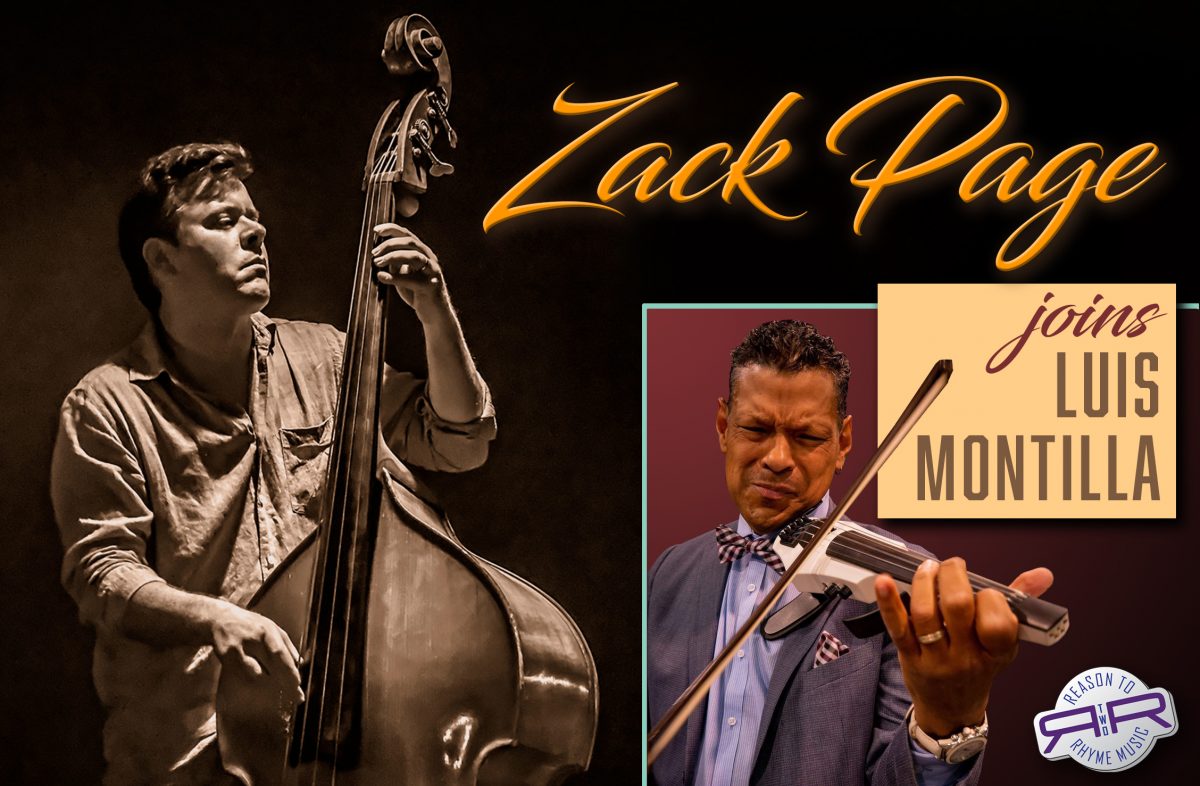 Bassist Zack Page has traveled the globe playing music. But one of his greatest musical experiences took place in his hometown as a session musician on Luis Montilla’s debut record.

Page, from Ashville, N.C., joined the recording sessions at Echo Mountain Recording Studios. Page said it was a matter of perfect timing and building a friendship with one of his heroes in the business.

“I was honored to be there,” Page said. “I got connected through Jeff Sipe. I have been doing a lot of recording with him. When I was in college, we idolized his band. He is also one of the nicest guys in America. He’s had an amazing career, and he’s a very nice guy. The first time I played with him, it was mind-blowing for me. The fact that he’s become a friend is a lot of fun for me. I was in the right place at the right time.”

Page grew up with his twin brother, Andy, in a musical family. Andy remains in music as well, teaching guitar at Appalachian State University.

Back then, the twins played guitars and were into heavy metal and hard rock. Their dad, however, was a jazz fan. Page didn’t get into jazz until college. But once he did, he never looked back.

He went to the University of North Carolina at Wilmington, a small music college, where he had lots of opportunities to play jazz and theater gigs. With such a wide range of experiences, Page knew he never wanted to do anything else.

Page later took to the high seas to gain an even broader experience as a cruise ship musician.

“We went to 46 states in six months,” he said. “I never did any touring with a band in a van. Life as a cruise musician is kind of looked down upon in some circles. But the fact is you’re playing every night, playing a wide variety of music, and it’s sink or swim. The benefit is playing every night with different people and different styles. There’s kind of a stigma there. But we went to places I would never be able to go to. It was fun.”

Page spent time in Los Angeles, where he grew a lot as a musician. “I got into a lot of situations,” he said. “Everyone was very friendly. It was the time of Rodney King. It was very cool to be a musician there — it was very integrated.”

He found Los Angeles much friendlier than New York, where he lived and performed for 10 years.

“Living in New York, I was more of a fan of the music. But I got to play with some incredible musicians. I got my butt kicked, too.”

Page and his family returned to North Carolina, where he continues to perform with talented musicians. Beyond the talent, Page said it was Montilla’s conviction and passion that drew him to this project.

“A lot of it was conviction based,” he said of Montilla and the other musicians. “They were so confident in what they wanted to project. They were very interested in me projecting my personality in the music. The conviction they play with was a learning experience for me.

“Luis was so passionate about his own music and what he wanted, while also being flexible in asking us to put our own stamp on the music. The first thing he said to me was, ‘I am color blind.’ He didn’t care that we were outside of his culture playing his music. He was very encouraging and very positive.”

Page said there was one conversation with Montilla, fellow session musician Luisito Quintero and others in the studio that drove that point home for him.

“A lot of the mainstream calls it all Latin music,” Page said. “That’s sort of a disservice to the culture. It came down to a cultural thing between the Cuban and Venezuelan feel. Luisito stood strong on the Venezuelan feel. The album is kind of pan-Latin. There’s a lot of Cuban and Puerto Rican influence to go along with the Venezuelan. There are so many feels that were authentically replicated because these guys knew what they wanted.”

Looking back on the entire experience, Page is proud of what the eclectic assortment of talented musicians created.

“I am just proud to be part of it,” he said. “I feel fortunate. Fortunate and proud. Fortunate to be exposed to these masters, with their conviction and authenticity. Proud because what we came up with was a good amalgamation of influences coming together. They were so welcoming to what Jeff and I had to contribute. They were respectful of our experience.”