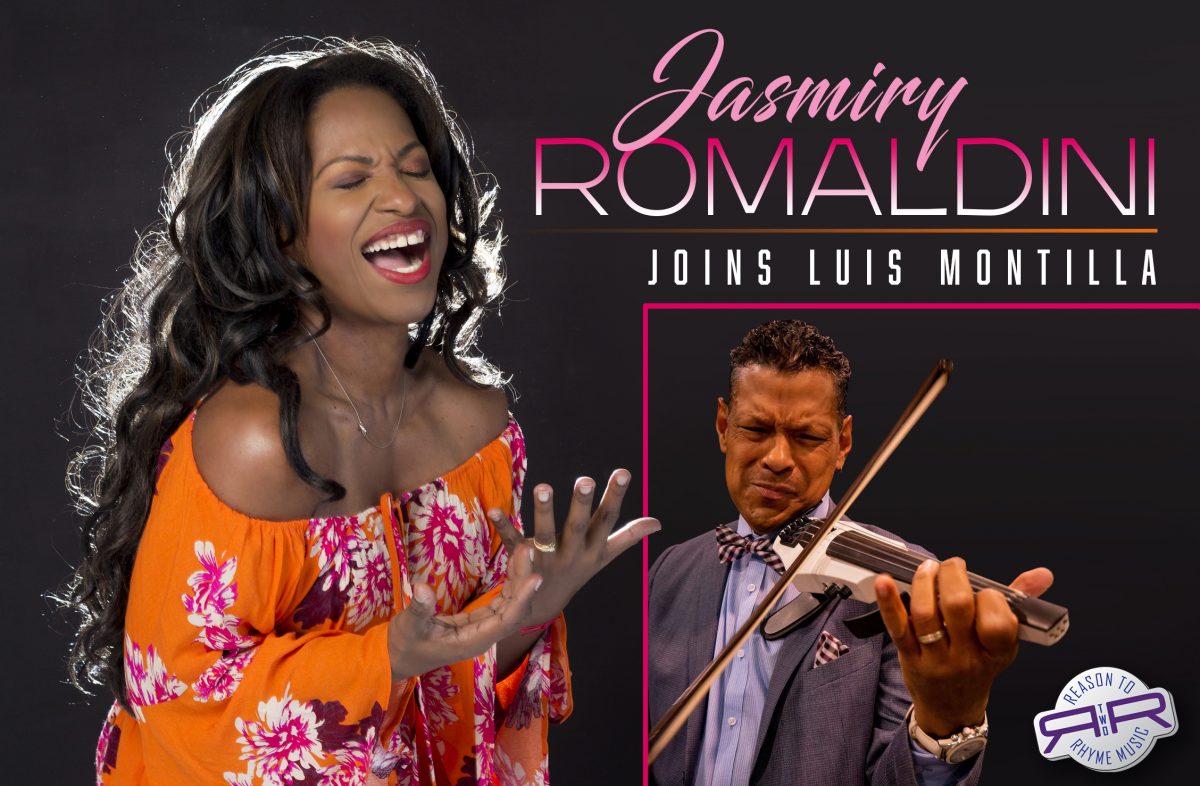 When you are a 17-year-old girl in Venezuela on a night out with your best friend and she challenges you to get up and sing with the band, what do you do? For Jasmiry Romaldini, the answer was simple: you sing Gloria Estefan’s “Coming Out of the Dark.”

When that same woman is retired from music and raising four children with her husband in Scranton, Pa., and that same musician invites you to sing on his international debut album, what does she do? She comes out of retirement and sings with the band again.

Romaldini will perform “Dos Almas (Two Souls)” on Luis Montilla’s debut album being recorded at Violet Recording in Boulder, CO. It was an easy choice, she said, to help the man who is like a brother to her.

“He always called it my song,” Romaldini said. “He told me he wrote it with me in mind as the performer. That to me is so special. I cannot disappoint him. For him to have me so present in his project it’s beyond words. I cannot explain to you how much this means.”

That fateful night when Romaldini got up to sing with Montilla, the band set her on a course she had not anticipated. Growing up in Venezuela, Romaldini was surrounded by swimming and dancing ballet. And it might have stayed that way if not for her friend.

“She was like, ‘They sound awesome. You have got to sing with them.’” Romaldini said.

So her friend arranged for Romaldini to get up on stage with the band. Before long, the band showed up at the pool where she was teaching swimming lessons, urging her to join them.

“I was not 18 years old,” she recalled. “We needed to talk to my parents and get permission. They had one condition — that I always go to the show with someone from my family. My father or my brother, it was always somebody until I turned 18.”

Romaldini went on to have a very successful career. She performed with her own band, Femme, and even opened for Sin Banderas and Olga Tanon. She also performed with some of the biggest names in Latin American music, including Ricardo Montaner, Yolandita Mongue, Ricardo Arjona and Juanes.

But her career was halted when a doctor found some nodules on her vocal cords. He ordered her to rest her voice for a few months. She wound up quitting the band but remained grateful for the experience and exposure.

Romaldini came to America at age 30 to have her first baby. When Camilla was born with hydrocephalus, Jasmiry’s perspective and priority changed.

“She needed surgery and needed to learn how to crawl and everything,” Romaldini said. “That had me slow down and just become a mom and do everything I could for my daughter, who is now 14.”

Jasmiry and Luis lost track of each other when he moved to the United States in 1995. But they reconnected through Facebook and other social media channels. They have never lost contact again.

“Luis is one of my dearest friends, and one of the musicians I look up to,” she said.

So when Montilla reached out and asked her to sing on his album, the decision was an easy one for both of them to make.

“I think Jasmiry is a very talented person with a big heart and a beautiful voice,” Montilla said. “We are excited that she is a part of my project, and I think she deserves this great opportunity.”

Romaldini said it was a special thrill for her.

“It means a lot,” she said. “I am not as active as I was musically. For Luis to have me so present in his project, it’s beyond words. I cannot explain to you how much this means. It makes it so meant-to-be that the opportunity came through one of my dearest friends and dearest musicians. One of the people I look up to the most. It’s incredible. As an artist, it’s the opportunity of a lifetime. Luis set the bar really high, and I cannot take this for granted as an artist myself. He’s my friend. I’ve got to be a part of this. I’ve got to be part of the solution, part of the phenomenon that is about to happen. I am really proud of it.”